Let's be real, exposure to new and interesting food is one of the best (if not the best) things about taking an assignment in a new city. While a lot of people will tell you the best restaurants are found in New York or LA, there is a vast food scene to be found in expected locations. We found ten cities whose food scene is underreported, but definitely nothing to scoff at!

Portland’s menus usually offer a selection of dishes made with organically grown, locally sourced ingredients. The city is famous for lobsters, which are served steamed, stewed, in rolls, salads and soups, and the centerpiece of many seafood platters. Oysters fresh off the boat are prepared in many ways. Given the availability of just-caught seafood, raw bars are incredibly popular.

Internationally renowned French chef, Daniel Boulud, told a panel of travel editors, “Outside of France, Portland, Maine, has a lot of good chefs.” The city was awarded Bon Appetit’s 2018 Restaurant City of the Year.

With so many fine restaurants to choose from, you may wish to take a Food for Thought Tour. Enjoy three hours sampling local specialties at six of Portland’s fine restaurants.

This small city is gaining national recognition for culinary excitement. Chefs are creative with Appalachian and artisan foods, drawing on the local tradition of living off the land. They source their ingredients from regional dairies and family farms, local bakers, cheesemakers and people who forage for local specialities. Or for those outdoor, woodsy, hunter-gatherer types, you’ll love the “find dining” foraging tour. Gather greens, berries, mushrooms, flowers, roots, nuts and learn how to fend off the squirrels and birds looking at you like you've just raided their fridge. Juuuuust kidding!

Celebrity chef Marcus Samuelsson, says Houston is “super-diverse...Houston is a major outpost for that. West African, Vietnamese, Mexican...it’s all there.” Houston’s chefs are combining Vietnamese with classic Gulf Coast cuisine, Japanese with Texas barbecue. According to the Houstonia, “These innovative cuisines can’t be labeled as anything other than Houstonian. GQ called Houston the 'New Capital of Southern Cool.'"

According to the Chicago Tribune, Detroit is a foodie paradise. It continues to diversify beyond the standard farm-to-table/new American restaurant to embrace new West African and Caribbean delights such as jerk chicken, black-eyed pea fritters and maafe rice with West African peanut stew. Traditional Detroit foods are on the list for most travelers, so be sure to check out the city’s famous Coney dogs, Detroit-style pizza, the Boston Cooler (a Detroit-style milkshake), zip sauce on your steak and double-baked rye bread. 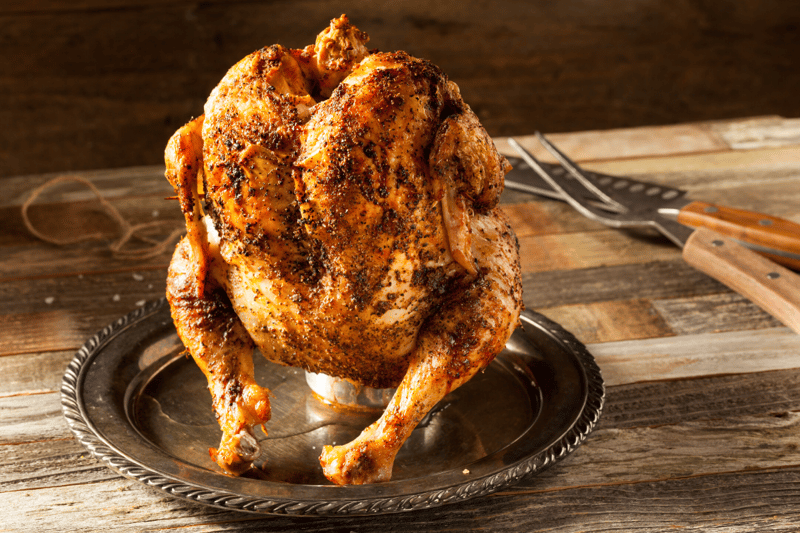 Esquire Magazine calls Minneapolis “the food world’s best-kept secret.” Try Borough, where the chef is Danish. Pickled mackerel and raw vegetable salads give a tasty twist to winter bounty. Matt’s Bar and Grill, home of the “Jucy Lucy,” a burger with a molten cheese core, is the original landmark burger dive. For beer-can chicken and the best fish fry of your life, head to Mercy’s. The casual downtown restaurant focuses on seasonal comfort food, fresh sustainable seafood, meat and produce from local farms and a passion for the Minnesota outdoors.

According to the St. Louis Dispatch, the city has earned a place at Food & Wine’s table for “32 Best Places to Go (And Eat) in 2019” and one of the five cities that “felt like the future.”

The city offers so much more than fried comfort food. Referencing its booming brunch scene, Abby Eats St. Louis says, “Sunday morning is the new Friday night.” So, if you’re working those third shift late nights, this city is begging you to visit! A popular brunch spot, Half and Half, reports an ongoing debate between donuts and avocado toast being the winner for best early-appetite pleasers.

Bon Appetit dubbed Boulder “American’s Foodiest Town,” citing its excellent restaurants, first-rate chefs and population of food lovers. The Boulder Farmers Market was named the best in the country by USA Today. Forbes calls the city one of the five secret foodie cities. For the best taste of Boulder, Forbes recommends Flagstaff House for fine cuts of meat and perfectly prepared seafood. Bramble & Hare sources produce from its farm and serves small plates such as country pâté and an artisan cheese plate.

No one does southwestern food quite like Santa Fe. Departures, a luxury magazine, praises its incredible Native American, Spanish, Mexican and New Mexican flavors. Tia Sophia’s is the town diner where legislators, professors and police gather for their breakfast burritos. “It’s known as the birthplace of that dish,” says Bill Richardson, the former New Mexico governor and UN Ambassador. “Chile is the best breakfast food because it awakens your senses,” says Richardson. For newcomers, he suggests trying it “Christmas style” with red and green chile.

Food and Wine reports, “From specialty shops selling smoked beef tongue to taco trucks serving up everything from chicken to tripe, Oakland has it all.” The city’s buttermilk fried chicken at an Oakland favorite, Bakesale Betty, has inspired sandwiches in places as remote as Paris. Up and coming neighborhoods, like Temescal, are incubating talented young chefs and is a haven for food entrepreneurs.

This city’s amazing farm-to-table scene is enhanced by being an agricultural powerhouse for more than a century, a year-round growing season, an ideal climate and a delicious selection of crops. According to Visit Sacramento, if you’re enjoying a meal in the Sacramento region, the ingredients are most likely from a local farm. This article lists the 30 “Must Eats” in Sacramento. Will you be the first medical traveler to try them all? Ella Dining Room & Bar’s roasted bone marrow may be a challenge.

Ready to find an assignment location that tickles your taste buds and takes your career to the next level? Discover our open positions and contact us for more information.