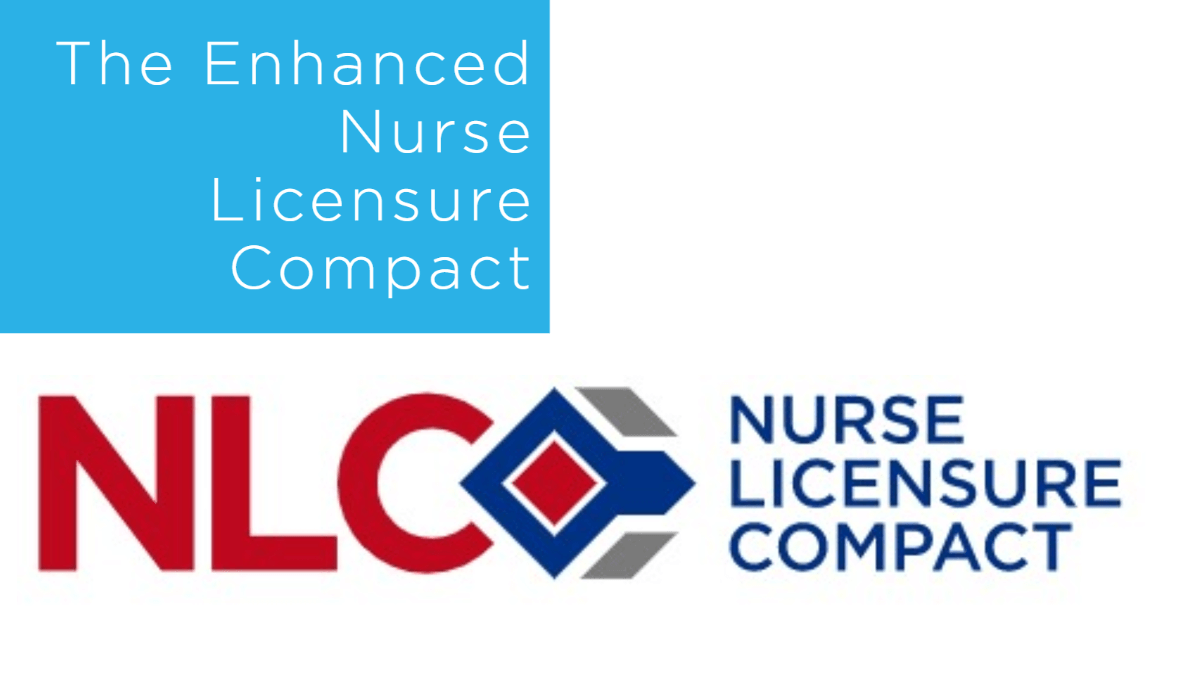 Originally started in 2000, the Nursing Licensure Compact (NLC) is an agreement between individual states to allow nurses to practice in other states without obtaining a separate license.

In 2018, the Enhanced Nursing Licensure Compact (eNLC) was implemented. The eNLC has a set of standard licensure rules, such as requiring applicants to go through both state and federal criminal background checks, which the NLC was lacking. Want to learn more, including which states participate in the eNLC? Keep reading!

There are 11 standard license requirements that nurses need to meet to qualify for an eNLC. While each state does have their own guidelines and requirements for a state license, eNLC states all agree to these 11 requirements.


Why Should Travel Nurses Care About the eNLC?

Why the heck should a travel nurse care about the eNLC? Nurses who practice in an eNLC state and hold a valid license from that state have a lot more opportunities than nurses from a non-eNLC state—they can practice in any state that is a part of the agreement. It reduces red tape, applications and fees for nurses who want to travel and work. Win-win!

Travel Nurse Benefits of the eNLC

Saving money on licensing fees—before the eNLC or the NLC, travel nurses had to pay for a license in each state they traveled to. These fees can range from hundreds to even thousands of dollars for a single state! Since many traveling nurses travel so they can increase their paycheck, these fees prohibited many of specific states unless it was a highly desirable location. Enter the eNLC and an easier licensing process for travel nurses.

More locations and opportunities—holding a license in an eNLC state opens your travel potential to every other eNLC state. This makes it easier to be flexible when it comes to upcoming assignments. If you’re looking to settle down after traveling, an eNLC license can make it easier to find a location and even opens up telehealth jobs.

States are continuously reviewing legislation to allow them to join the eNCL. To stay informed on the latest developments, check out these resources.

If you’re looking for your next opportunity in an eNLC state, don’t hesitate to reach out to your Triage recruiter or search our list of available jobs.