What better way to celebrate Nurses Week than by highlighting nurses themselves? In this post we’re focusing on one thing, and one thing only: the power of nurses! Throughout history, nurses have proved themselves to be some of the greatest leaders and caregivers within the medical field. And, when they come together and collaborate, they are virtually unstoppable.

Let’s take a look at some of these defining moments that show just how much nurses have done to improve health, safety and our everyday lives.

Let’s jump back a century and recognize what is known as tone of the first public playgrounds for children. Lead by a team of nurses, this playground in the heart of NYC helped to start a national movement to bring safe and healthy play areas to children in need. 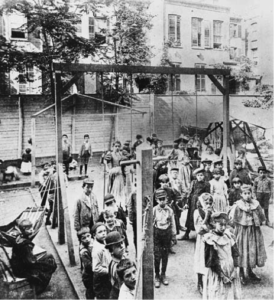 Just a few years later, Mary Eliza Mahoney co-founded the NACGN as a way to represent the professional interests of Black nurses and combat widespread racial discrimination. Graduating in 1879, Mahoney was the first African-American to study and work as a professionally trained nurse in the United States. 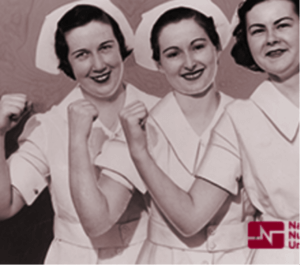 After protests and countless efforts by nurses from all over the state of California, they finally became the first state to pass a law requiring a minimum nurse-to-patient ratio in hospitals. These improved ratios have been shown to lead to improved care, recruitment and retention within the hospitals.

As a deadly disease, it may be shocking to know that it was only 3 years ago mandatory health guidelines concerning Ebola were established. It took demonstrations and hard work to make their voices heard, but nurses have since helped created a benchmark for strong infection control protections for other diseases and such epidemics. 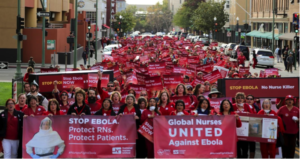 Over the century, nurses have made an amazing impact, using their powers for the good of humanity. A lot has been done, but the work isn’t over! Luckily we can count on those amazing professional nurses who have long been known for making the world a safer, more caring place.

In a time of constant change, we at Triage want to thank nurses from all over the medical field for EVERYTHING you do! YOU ARE AMAZING!