As if traveling as a medical professional for the first time isn’t a whirlwind in itself, let’s throw in a pandemic and hey, why not top it off with a wildfire? That’s what 26-year-old Med Surg RN, Stan John, faced during his inaugural assignment as a travel nurse.

Getting His Start as a Travel Nurse:

First, let us give you some of Stan’s background. As the middle child of three boys, Stan grew up in Mumbai, India. He was 19 and in his first year of college when his family’s visa papers were processed and they moved to the US, settling in Chicago almost seven years ago.

“We came to the US and I had to start over from scratch,” he said, referring to his progress in college. So, he enrolled in nursing classes at a local college.

Graduating in the spring of 2019, with a degree in his back pocket, Stan began working as a Med Surg RN at a Level 1 trauma and teaching facility in Park Ridge, Illinois. He met his then-girlfriend, Lynn, who was a CNA. And, as they say, the rest is history. Stan and Lynn were hitched in March of 2020 in an online ceremony. You know, "COVID-style." 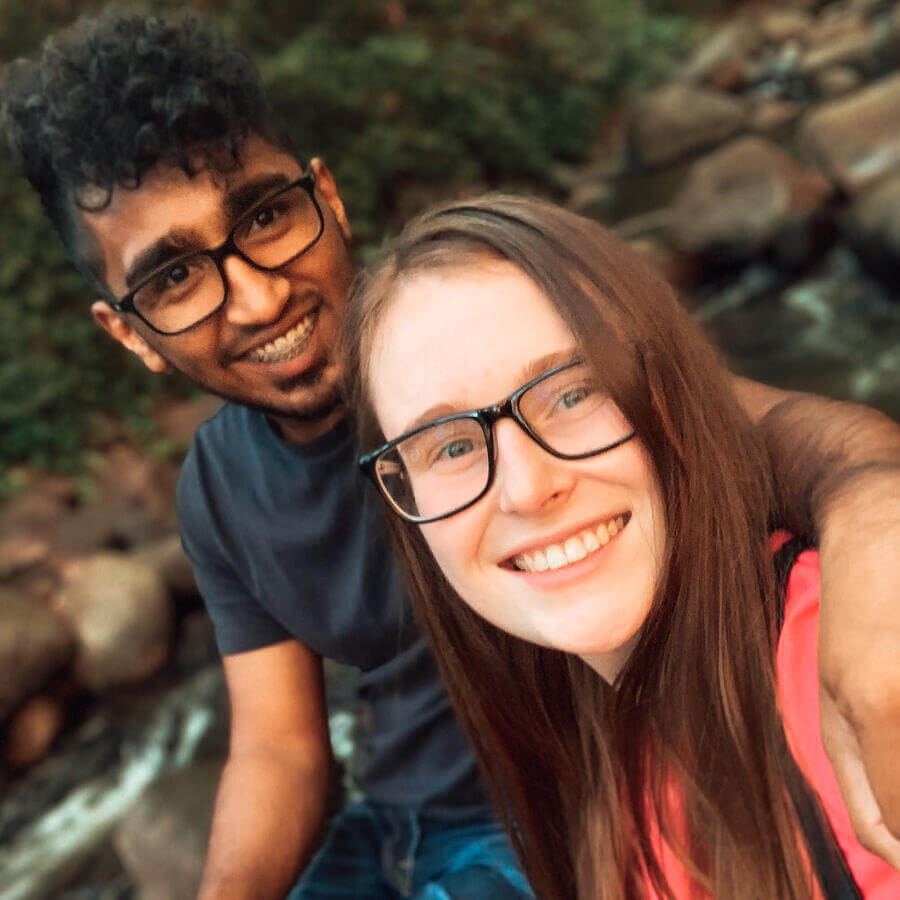 Shortly after, he began thinking about a career traveling. Now, a year of experience is not much in the world of nursing. But Stan had charge nurse experience and COVID-19 opened some doors for newer nurses who were desperately needed in hotspot cities all over the country. Plus, he knew he was up to the challenge of travel nursing in the middle of a pandemic. Which is good, because little did he know, his confidence would be tested.

Soon, Stan found himself chatting with more than 20 recruiters, creating profiles with dozens of different agencies, which, unfortunately left him feeling like ‘just another number.’

“Most of the recruiters were just so proud and they were like, ‘well, you don’t have experience,’” he said. “They were seeing me as a burden saying, ‘oh, we can’t do anything for you.’”

“Coby, his attitude was so humble; he focused on me and, you know, he saw me as a priority,” Stan said. “I was like, ‘man, this guy’s good,’ and that’s how I knew Triage was for me.” Coby helped him find an assignment in Oregon starting in August 2020. 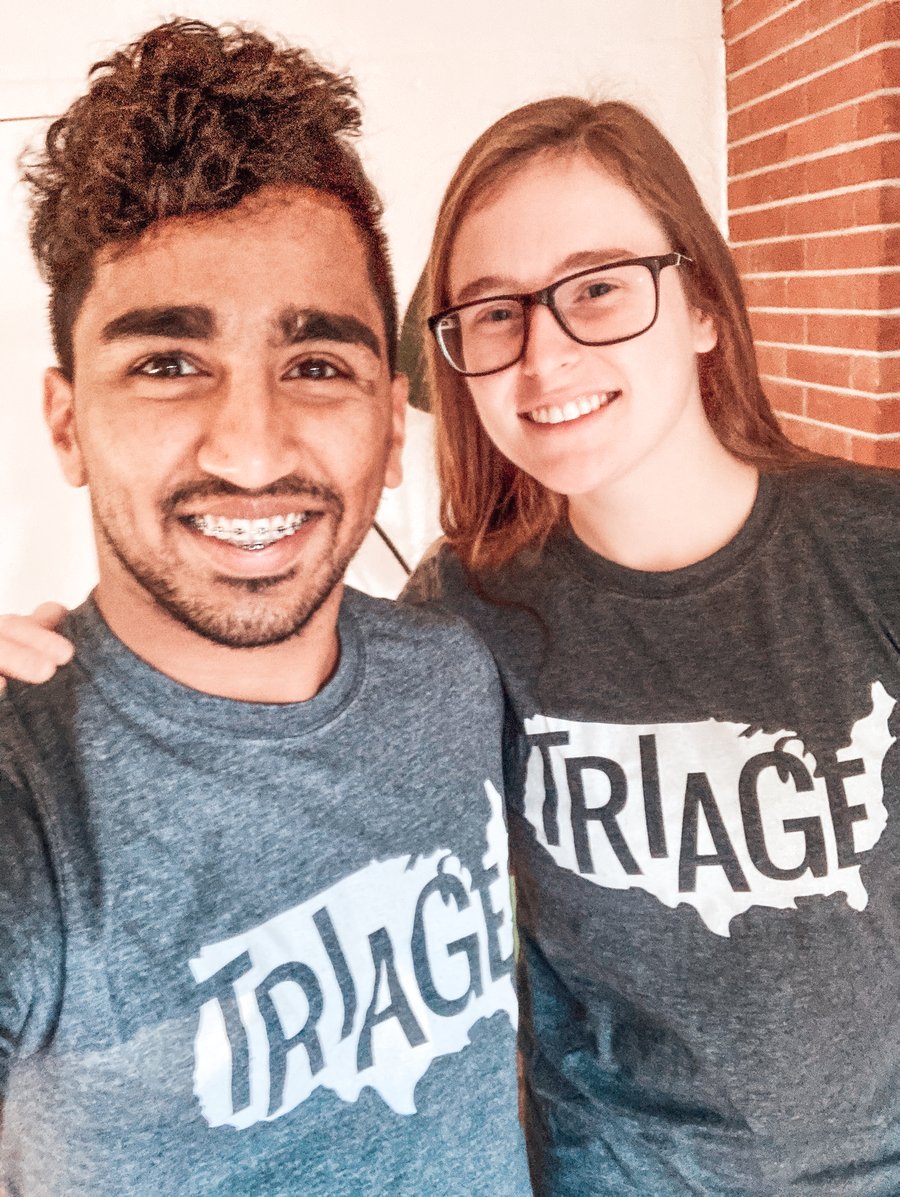 This is Where it Gets Crazy:

As a US resident of only six years at the time, Stan wasn’t quite sure where Oregon was, but heard it was beautiful. Once he found it on the map (wink), he and his wife, Lynn, headed West and began their travel nurse adventure together.

Fast forward a few weeks into his first assignment as a travel nurse. Lynn wakes him up—it's 2:30 in the afternoon. Firefighters were knocking on their door, telling them they had to evacuate immediately because of wildfires ravaging the surrounding land and inching closer.

Throwing everything they owned in their car, they headed toward the hospital in Medford, where Stan worked. Generally, this is a call-out-of-work kind of event, but not in the life of a nurse. This is their “Clark Kent enters a telephone booth and emerges Superman” moment. Whenever disaster strikes, medical professionals are on the frontline—always.

“I called the hospital and said, ‘hey, I’m coming into work, but my wife is with me and I need a place for her,'” he explained. They told him, no problem, just get to the hospital safely.

Upon arrival, he was told to stay on standby because he was needed at a community hospital in the town of Ashland, where the wildfires were known to have started. They waited for a police escort to open barricades and somewhere for Stan’s wife, Lynn, to go. 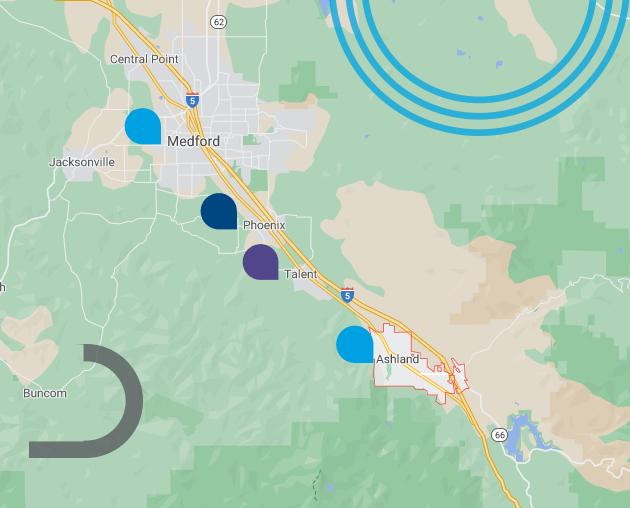 As luck would have it, Lynn's former middle school teacher had moved to Southern Oregon from Chicago a few years prior. The teacher, now angel in disguise, offered them a place to stay.

Knowing his wife was safe, Stan and another Triage travel nurse, Kathy, made the unforgettable trip to lend a hand to victims in the small town. As police escorts were racing ahead of them to open barricades, Stan looked around at the highway ablaze. It was like a scene from a movie. 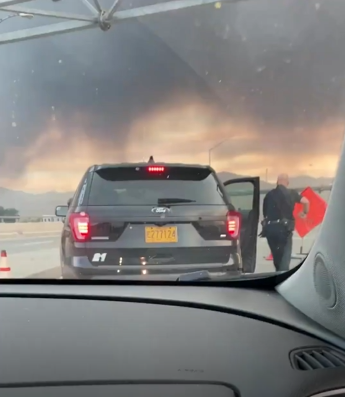 At that point, shh…. stuff got real, REAL quick.

Disclaimer: this is not a typical situation, obviously. It’s one we’re in awe of which is why we took the time to talk with Stan about his and Kathy’s wild, crazy ride through the Oregon wildfires of 2020.

Stan describes what he saw:

Stan also knew that Ashland, being such a rural town, didn’t have multiple fire departments like where he lived in Chicago. It also had a heck of a lot more trees than Chicago.

“Everything was blazing in front of my eyes, the trees are burning and I’m thinking, ‘I don’t even know where we could run to, the fire was too far,” he said.

Walking into the hospital, shoving aside his fear, Stan went into nurse-mode—consoling his patients who were terrified and distraught after losing everything they had.

With cell towers on fire, internet was spotty at best. Phones were down; people couldn't communicate with their families (including Lynn, who was trying to reach Stan without luck). The hospital's Epic system was down, so charting was done the old-school way—paper and pen. This certainly made a stressful situation that much more intense. But Stan and the staff kept their cool, knowing they had to be there for their patients to deliver the best care possible.

“You know, like 90% of the city of Ashland was destroyed,” he said. “So, I told them, ‘hey, you’re not alone over here. Other employees’ houses and businesses have burned down, so you are not alone. There will be a solution once everything finishes.”

Even though a literal dark cloud hung over them, every person rallied together as a member of the same community, facing the same horrific event. 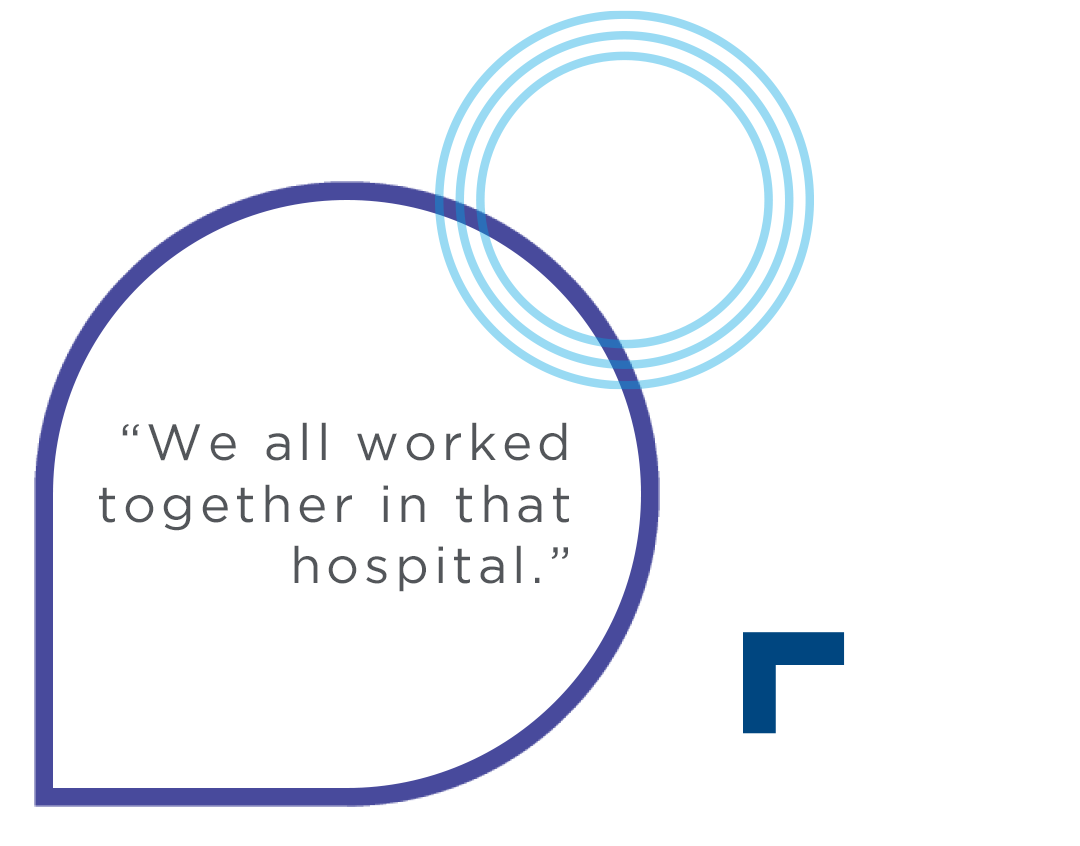 “We all worked together in that hospital,” Stan said. And that’s exactly how they all made it to the other side of this ordeal safely.

No Regrets, Only Gratitude:

When asked if he wishes he had a crystal ball and could see a glimpse into the future before taking this assignment, he answered:

Stan felt he was up to the challenge of his first travel nurse assignment being in the middle of a pandemic and boy, did he deliver. The recruiters who told him he couldn’t hang—well, how do you like him now? 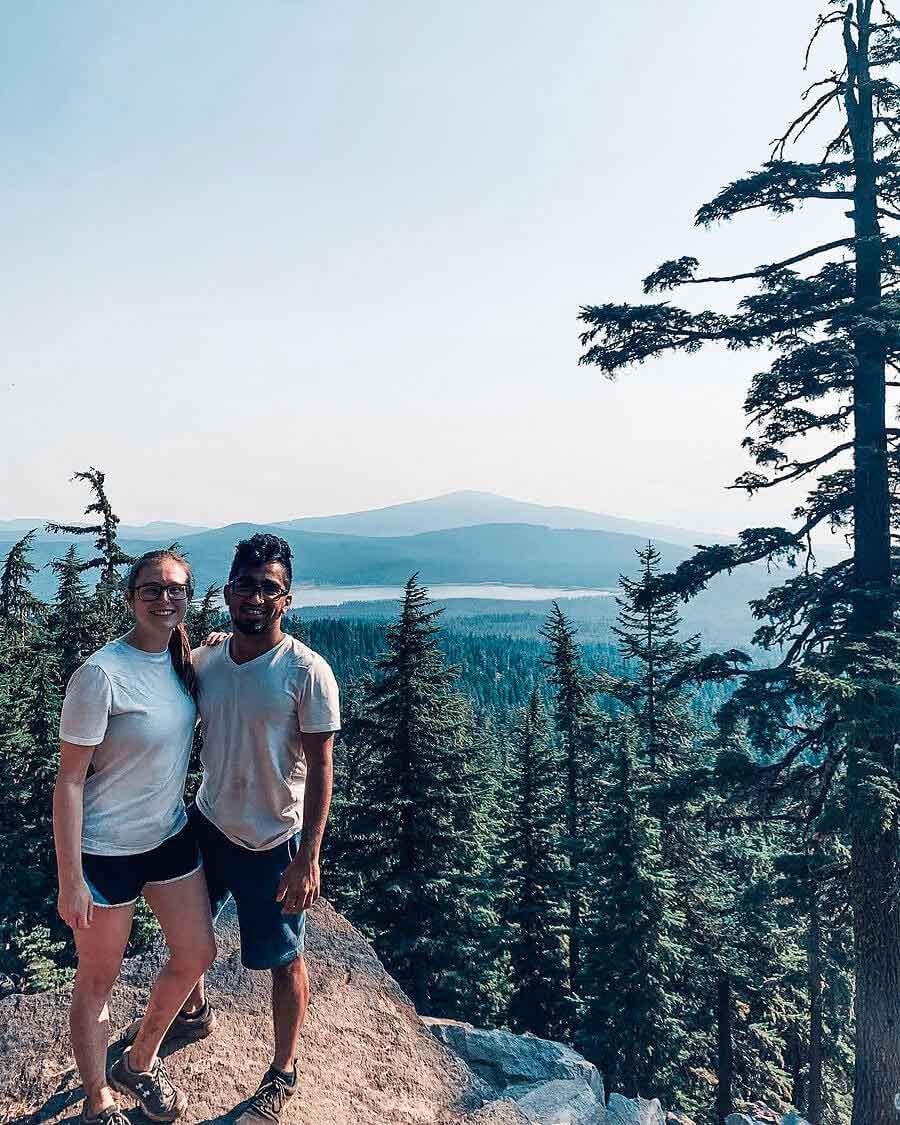 To say we’re thankful that both Stan and Kathy were safe throughout this entire ordeal is an understatement, and we’re beyond grateful to them for taking on this unexpected literal firestorm of an assignment. Situations like these are exactly why travel nurses and medical pros are needed, though. Smaller, rural communities across the US need help from professionals like these two. It’s why we do what we do.

What did he learn from the entire experience other than he’s pretty much a badass and his superpower is keeping people calm in insanely intense situations?

“I learned that America is a great country and we have a lot of resources here,” he said. “The government did stand up and make sure their people are safe and I knew the hospital would be the safest space to be. I’m very thankful for life and glad to be alive.” 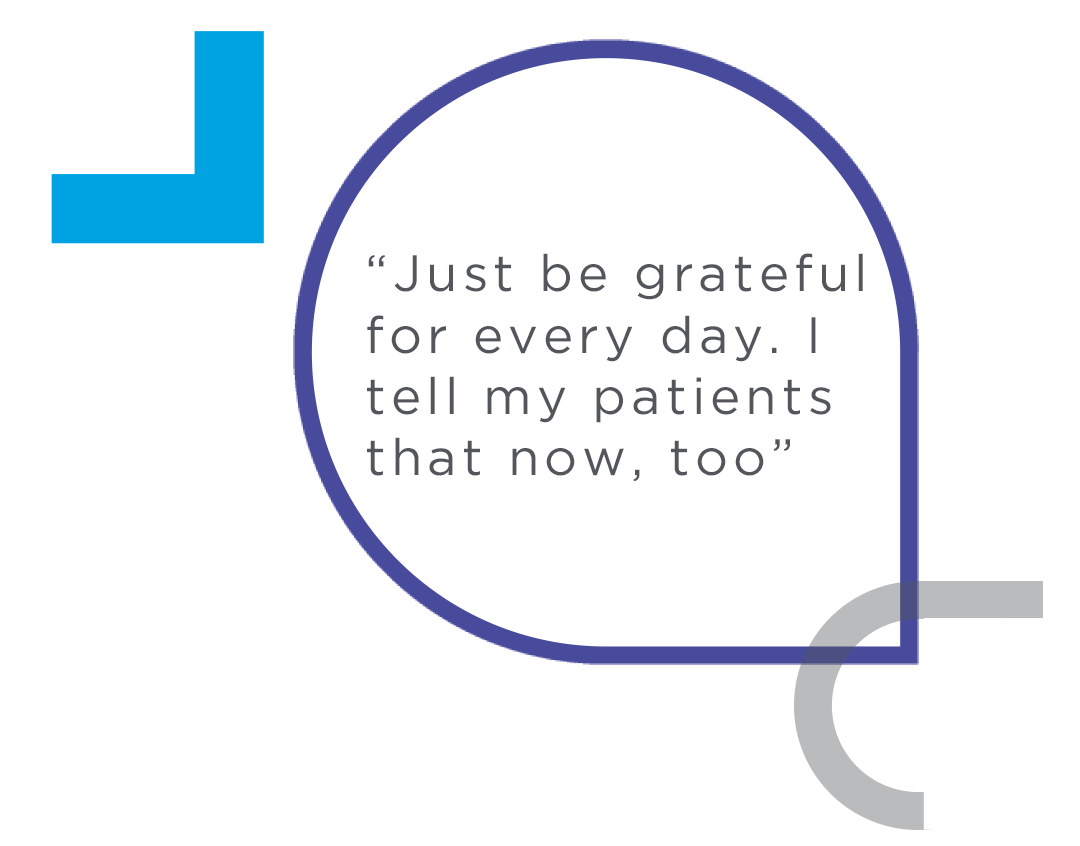 “Just be grateful for every day—I tell my patients that now, too,” he said.

You heard him. Nurse’s orders.

And this is why we refer to our medical professionals as heroes—because they are. If you're ready to take your skills on the road and help where you're needed most, we'd love to have you on Team Triage. Apply today and let's chat about your goals.